Well, I haven’t done as well with my blog posting schedule as I had hoped, but live in hope. Here’s a quick look back at some of what was going on around here. 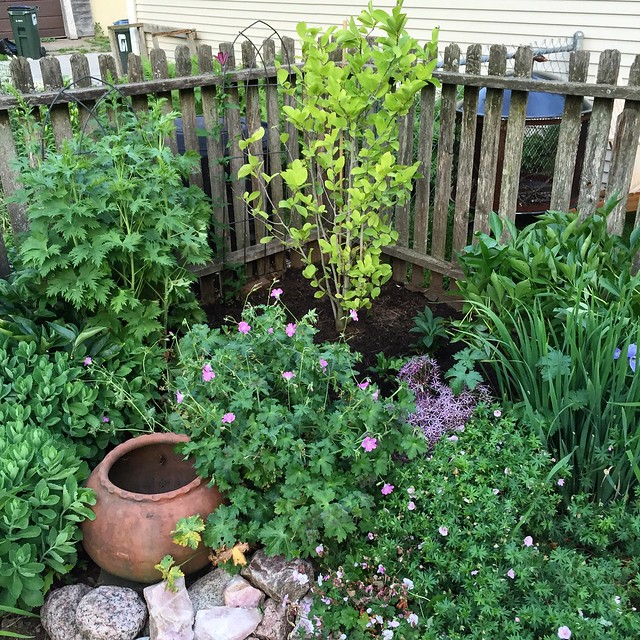 The new tree in the back corner of the perennial bed is looking lovely and fresh (although I’m still not sure the tree is going to live….) 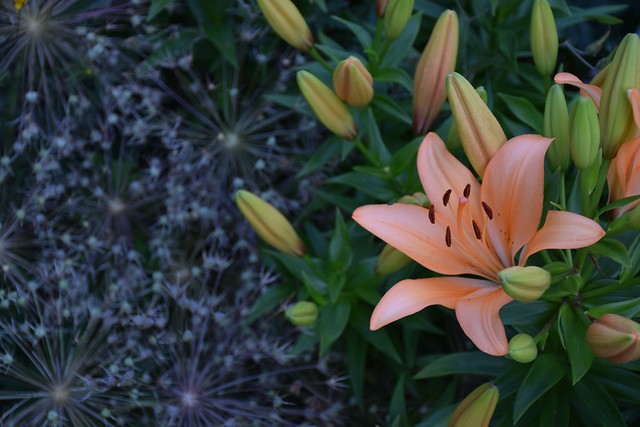 The lilies were in their full, unabashed glory, lighting up the garden and making excellent bouquets (more on them later) 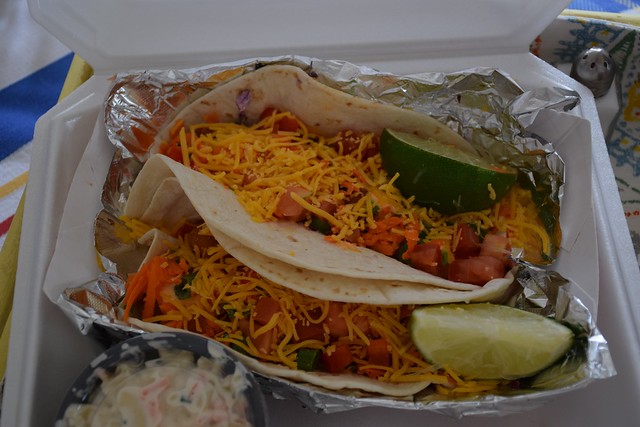 I’ve been crushing on Zeke’s, a little local cafe with the best crispy shrimp tacos you can imagine. 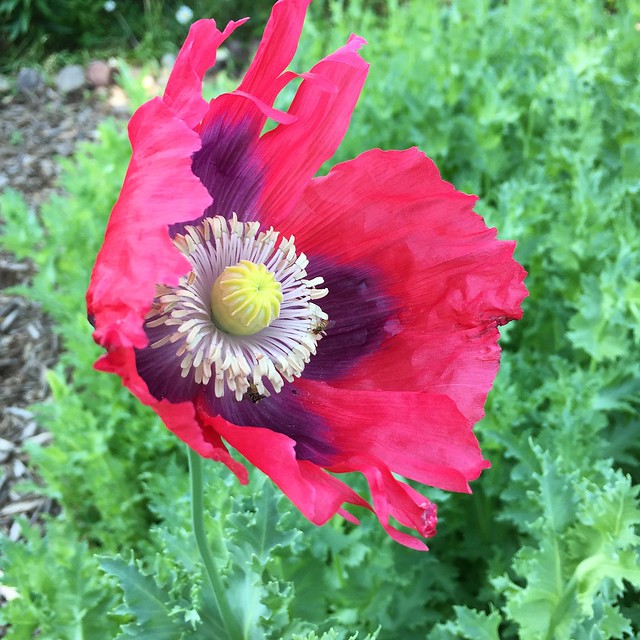 The annual poppies put on quite the show – people literally stopped in the alley to take pictures of them. If asked, I always told them they are poppy seed poppies (which is true) but they’re also known as opium poppies. I think it would take several fields of these poppies to yield any heroin, but I’d rather not give people ideas. I got these from my Mom long ago and they reseed themselves reliably year after year. 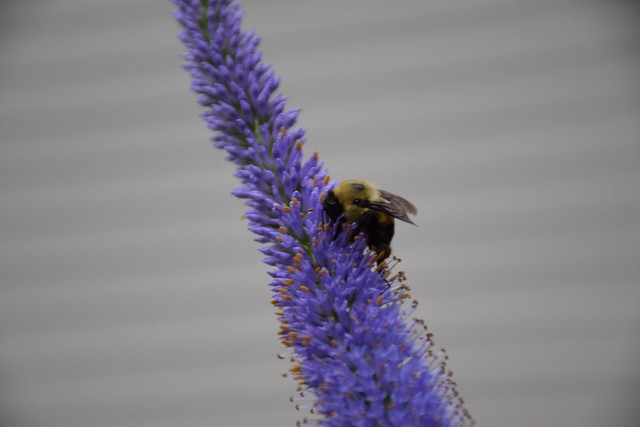 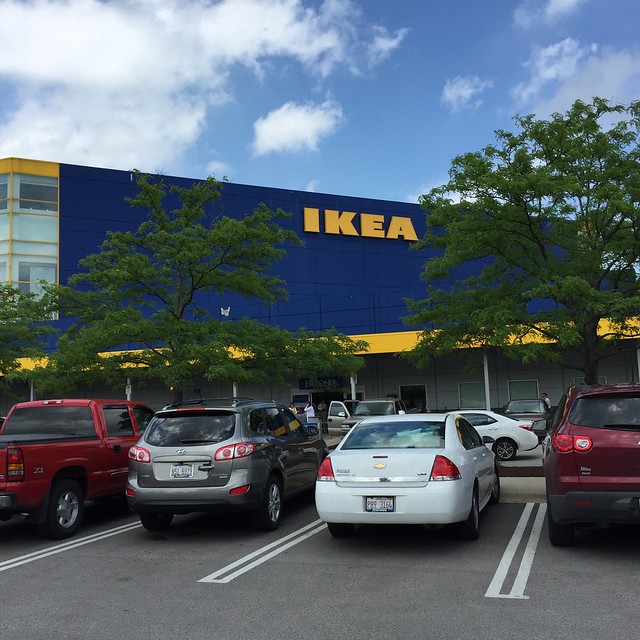 A fun trip to IKEA with my friend Chris. I love IKEA, for the practical, affordable furniture in clean, Scandinavian styles, the clever ideas for organization and storage they always seem to have and for the people watching. I think you can hear several dozen different languages being spoken on every trip. 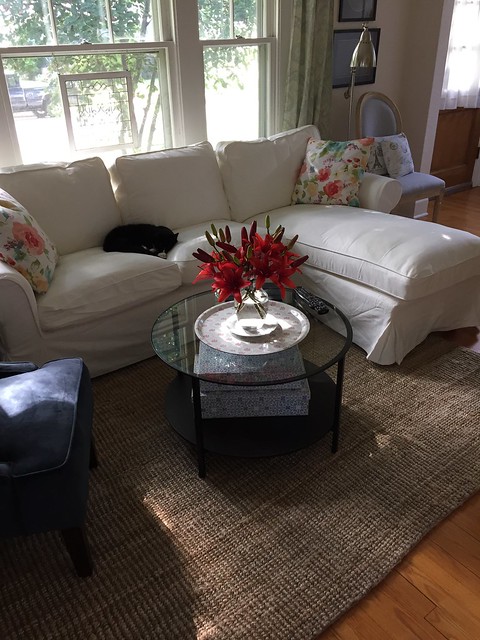 The trip resulted in a new look for my living room. For the past couple of years I’ve tried to join the latest trend and add darker colors into my decorating, but I’ve to come to realize that I like lots of white and lighter colors and I’m embracing it. This modest IKEA sofa has slipcovers so it’s easy to wash (important with cats in the house) and I love the white. I already have plans to lighten up some of my other rooms with paint. 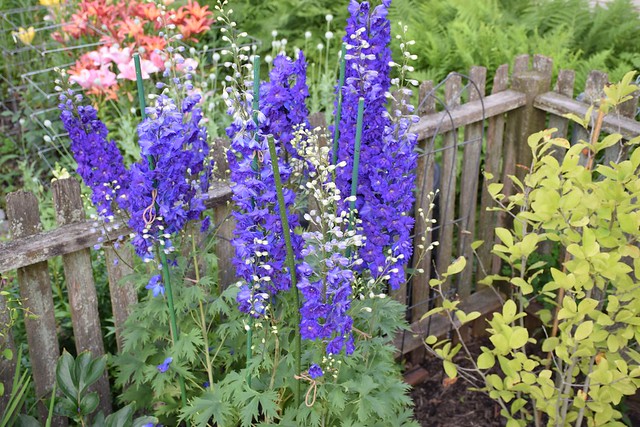 I am ridiculously proud of these delphiniums, even though they’re actually doing all the work. Delphiniums are usually considered high maintenance, something I’ve been working on eliminating from my garden, but these New Millennium delphiniums from New Zealand have been simply incredible and very carefree. Because of the weather (heavy downpours) I had to stake them but otherwise they have been very low maintenance. And look at that color – who could resist them? 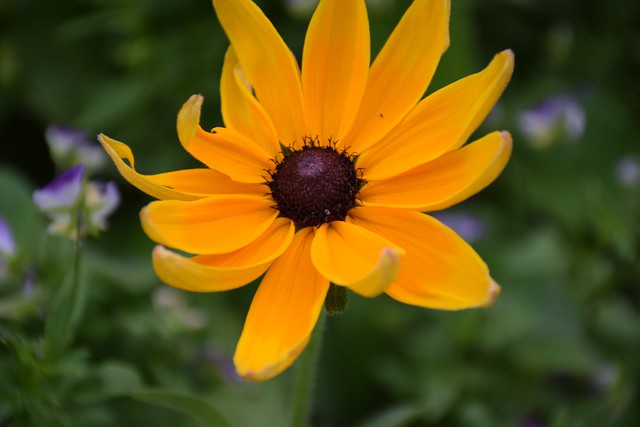 The black-eyed susans arrived late in the month, a sure sign that the dog days of summer are nearly here.

Overall, a good (busy) month which means it was the best kind.