Lilies are addictive. The range of colors available, the ease of growing them, the way they take over the summer garden with their own brand of fireworks – it’s hard to stop at one. Or twelve. 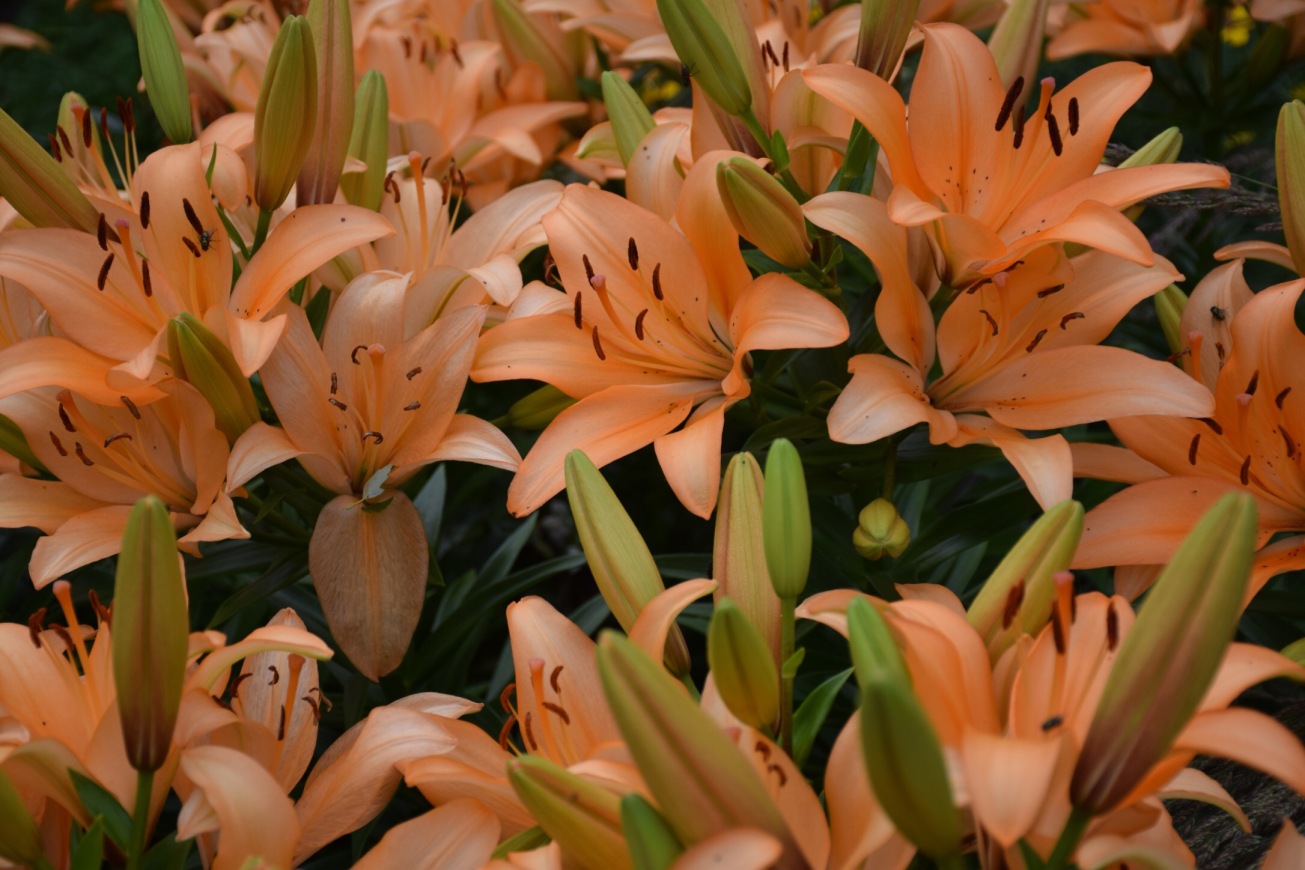 These are the lilium lilies that I’m talking about, not daylilies (hemerocallis) which are their own kind of addictive but have a very different growth habit and structure. Lilium lilies stand tall and straight with multiple flowers per stem.

If you plant a variety of cultivars, you can have two solid months of lilies.  The Asiatics are the first to bloom, starting in early June in this part of the country.

Breeders have done a lot with lilies in recent years, creating hybrids that are sturdier, with thick, substantial flowers. Look for LA Hybrids and Orinpets among others.

The early lilies have only light fragrance, but the later blooming lilies, especially the tall, elegant Oriental lilies can be heavily fragrant. Some find them too strong, and they can be overwhelming if used as a centerpiece at a meal, but I love their fragrance, rich and exotic that always remind me of hot summer nights. 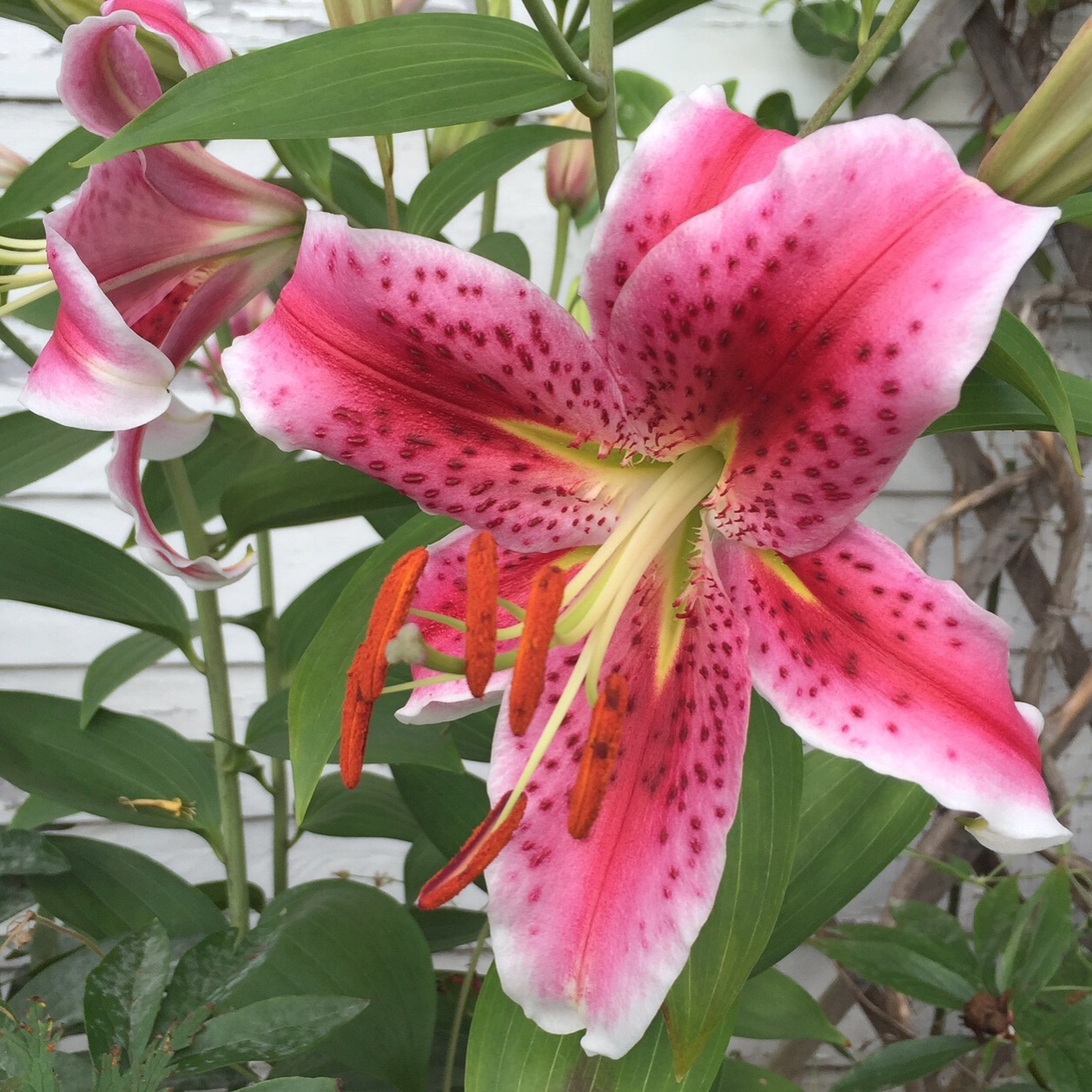 Lilies also make easy, effortless bouquets needing just with a stem or two in a simple vase. I have lots of lilies in the cutting garden for homegrown luxury.

Lilies are excellent in the perennial garden. It’s easy to slip a few bulbs around larger, rounded plants like peonies, or amongst perennial geraniums to add texture and contrast, or even alongside other tall statement makers, like delphiniums. 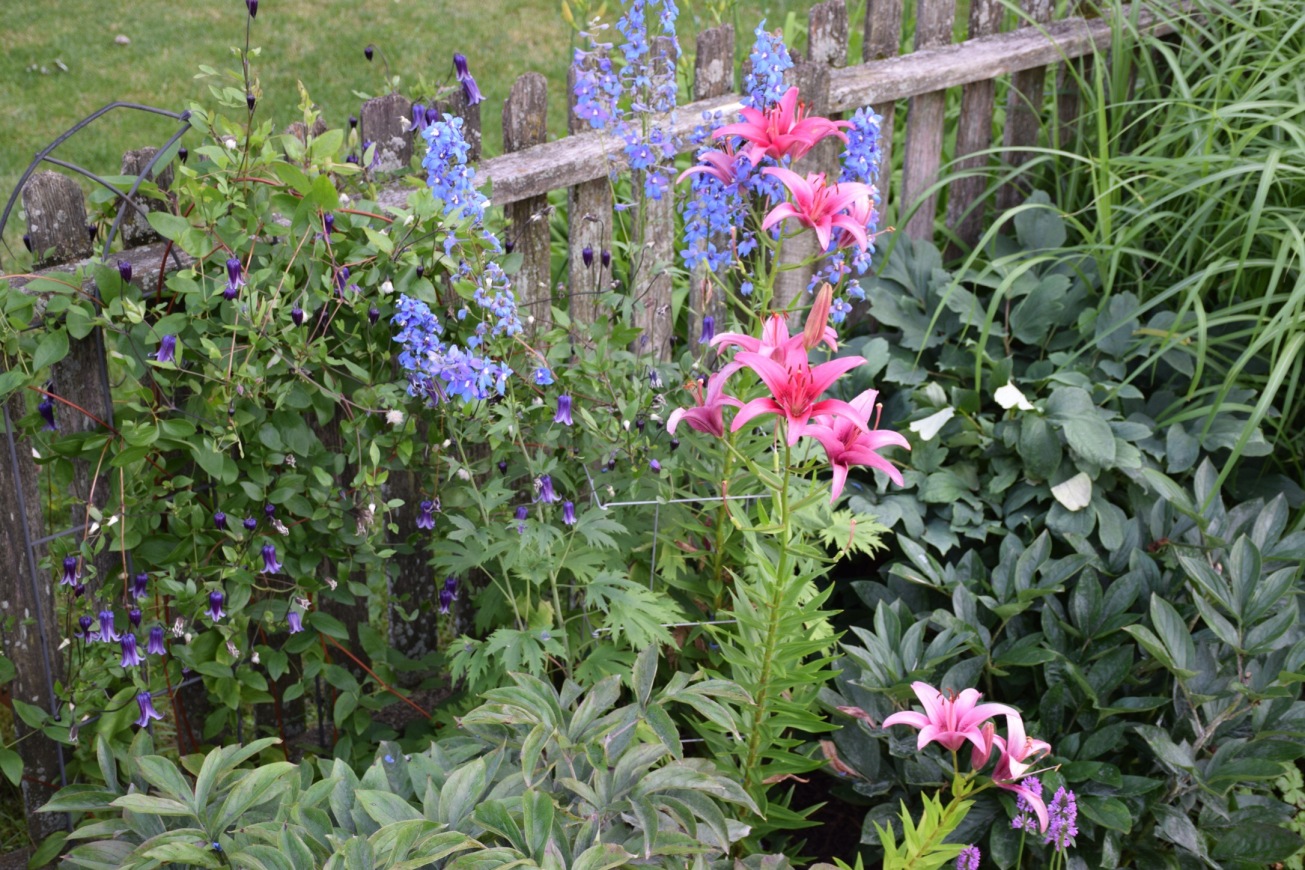 There are really only two problems with lilies. One are the anthers, the dark orange segment at the end of the stamen. This where the flower produces its pollen. I think they add to the beauty of the flower, but beware! Even the lightest brush against the anther will cause staining. Not as much of a problem on fingers or cat faces (when they’ve been sticking their noses in bouquets they shouldn’t be in), but it will stain permantantly on fabric.

For this reason I remove all of the anthers on the flowers I use in a bouquet. If you do get some on fabric (like a tablecloth), don’t rub it! Use a piece of tape to lift the pollen away.

The other issue with lilies is that they can be somewhat short lived in the garden. Sometimes I’ll have a stand of lilies that lasts year after year, then suddenly decline and disappear. Others will only have a couple of years before they fade. For any that you cut for a bouquet, leave as much of the stem and leaves behind as you can so that the bulb can recharge. Plan on replacing a few every year – which is, of course, the perfect excuse to buy more!