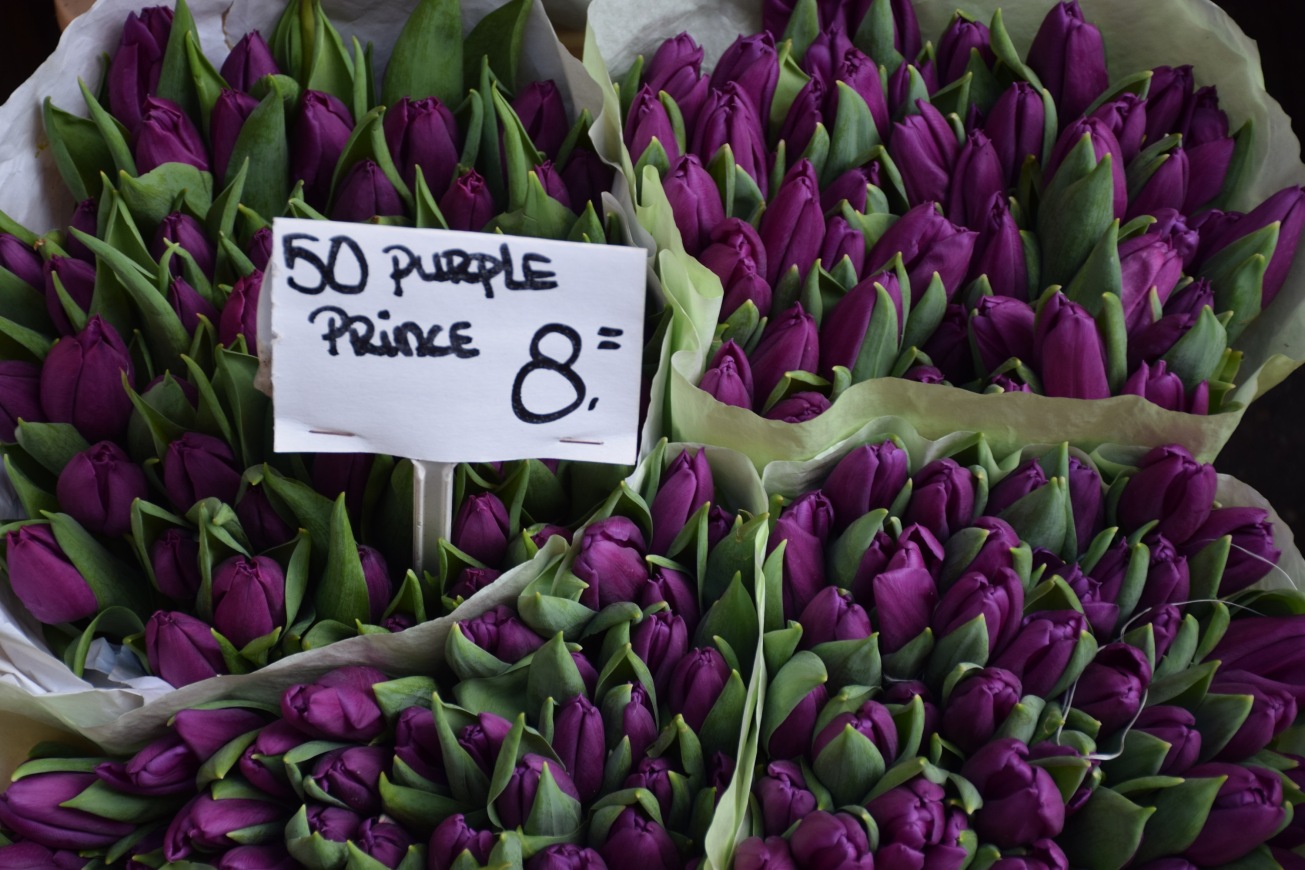 I am home again from my latest adventure, enjoying our spring weather and my own modest (but still beautiful) tulip display. However, Amsterdam is still on my mind and I have a few more stories to share starting with a little more about what I saw and did the last day of my visit. 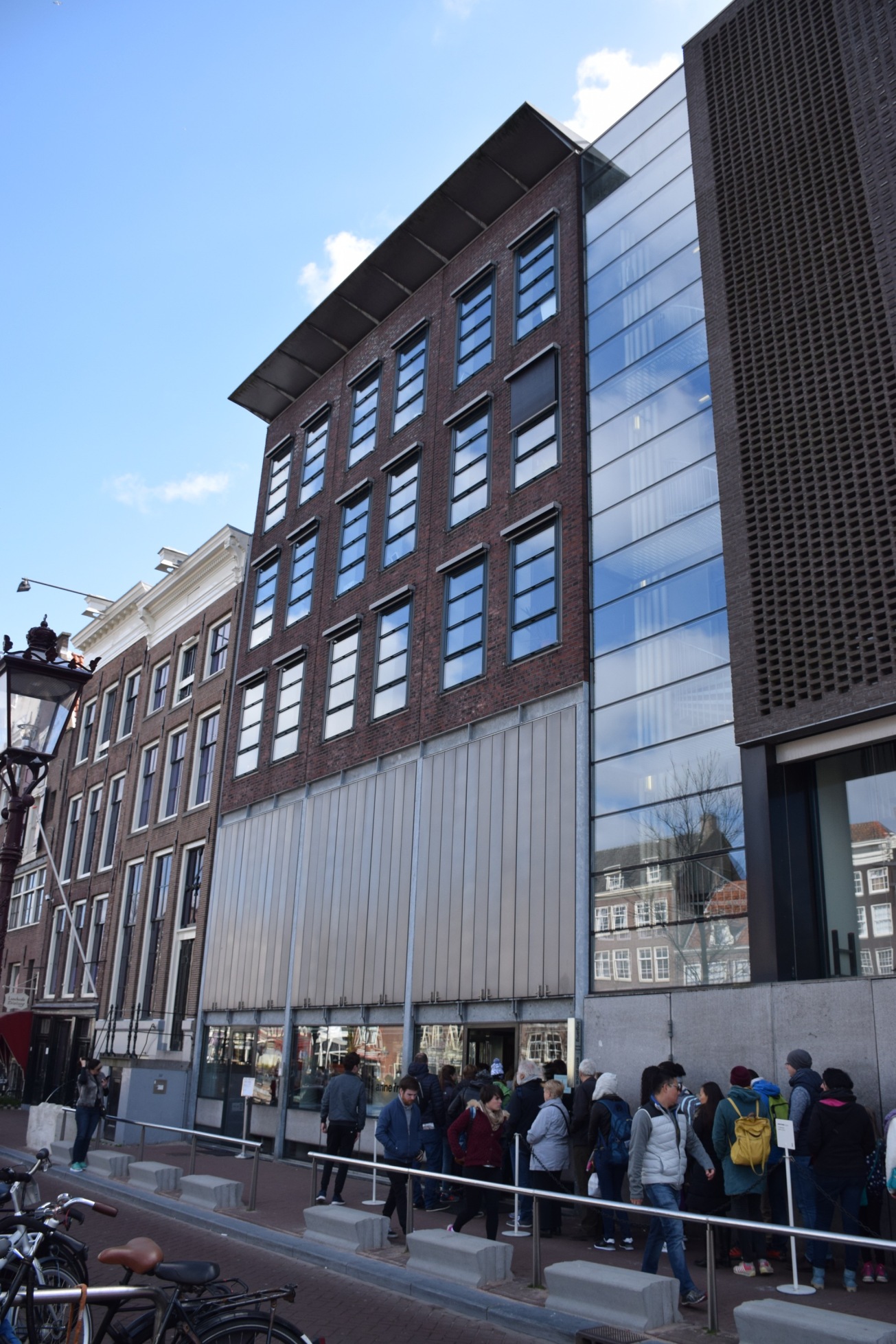 The Anne Frank House was a sobering and enlightening experience. Despite our familiarity with the story, it is still shocking to walk through the actual rooms Anne and her family lived in for two years. Small, dark, with only the most basic facilities and the necessity of being absolutely silent during the day to avoid detection, it is not a happy  place. However, the feeling you ultimately leave with is one of optimism and hope – that out of this horrible situation, a voice emerged that continues to inspire and educate people all over the world.

The lines for the Anne Frank House were massive. I arrived 20 minutes before the museum opened and there were probably over 100 people already in line. Because of the museum is so small, the number of people allowed in is kept controlled; I waited about an hour to get in (which is pretty good). 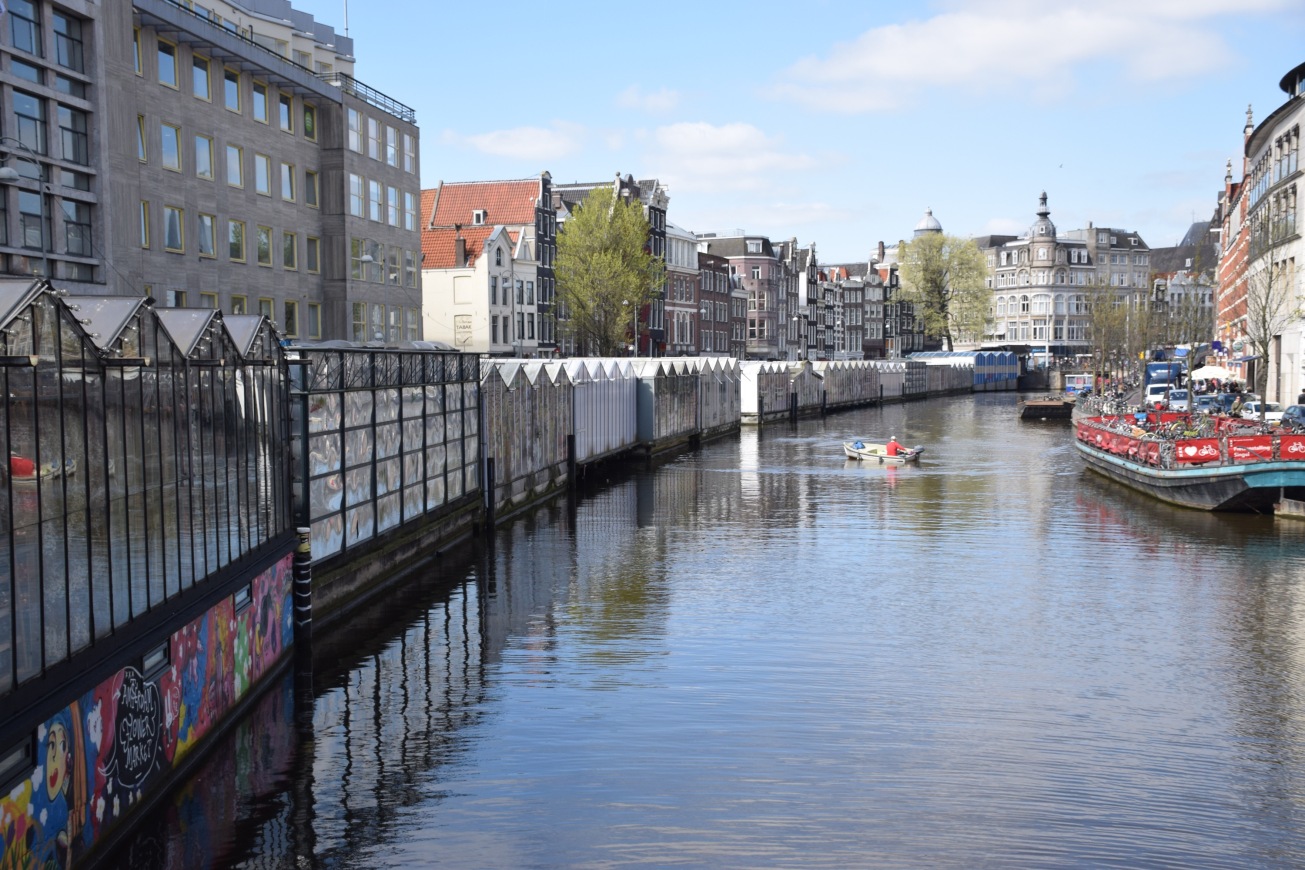 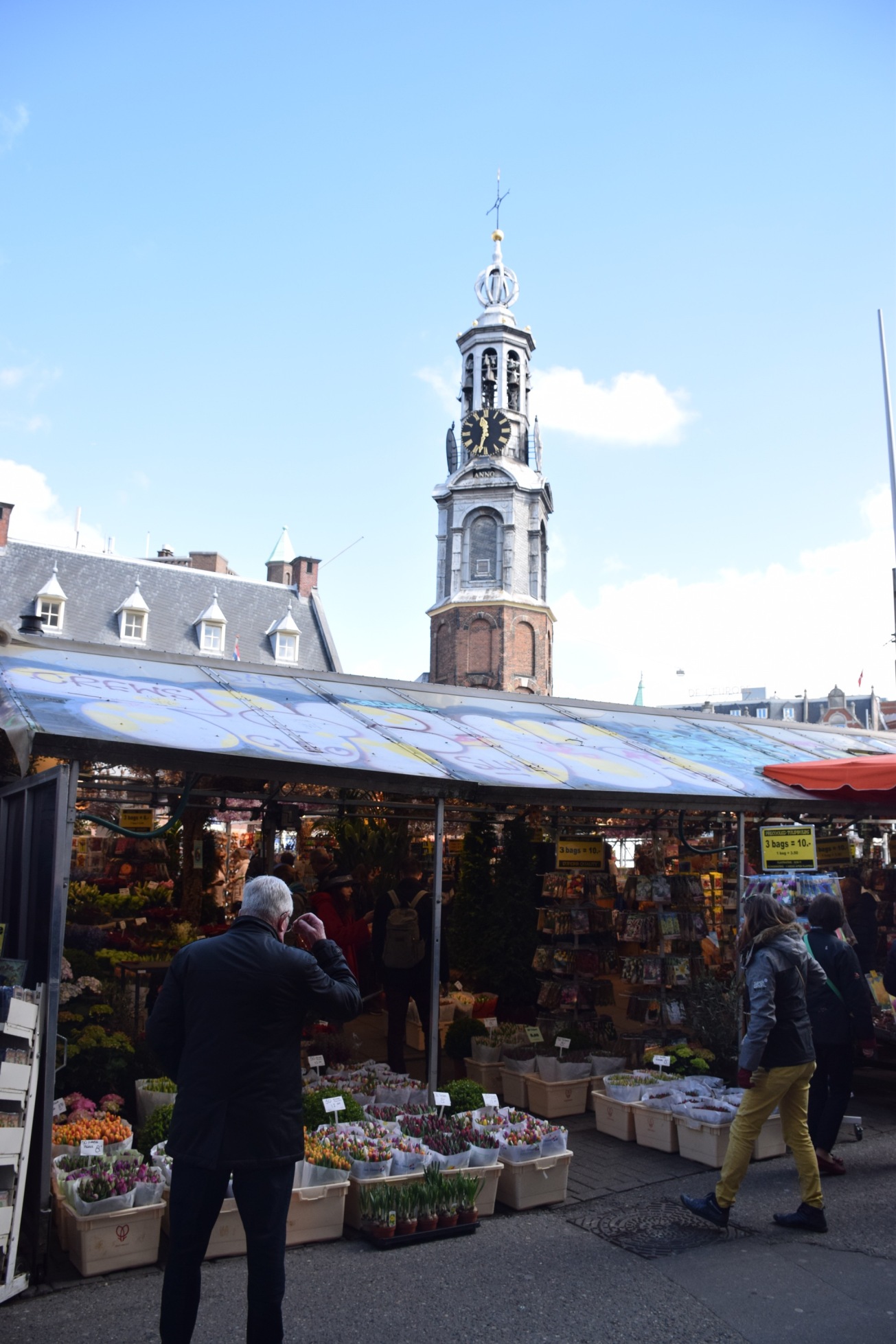 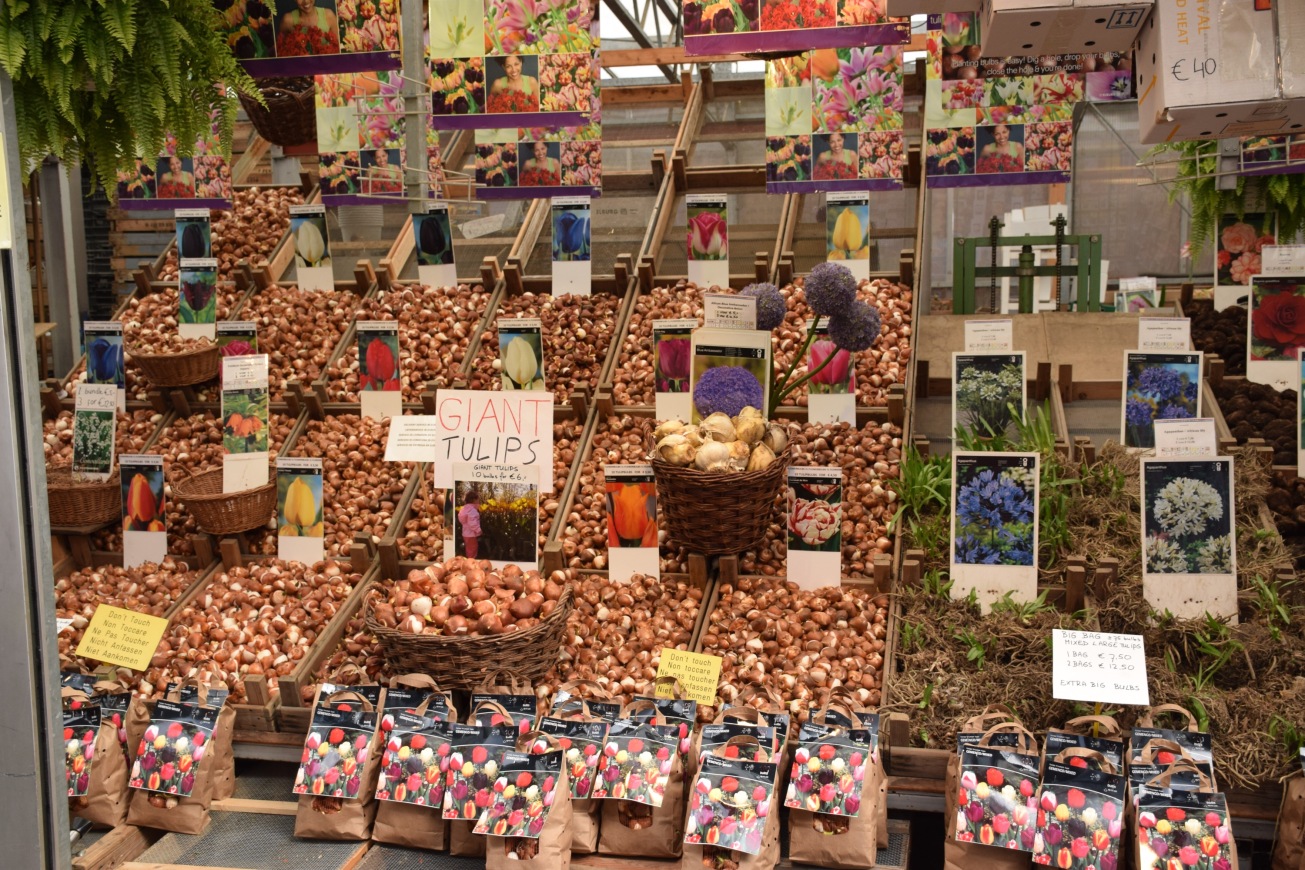 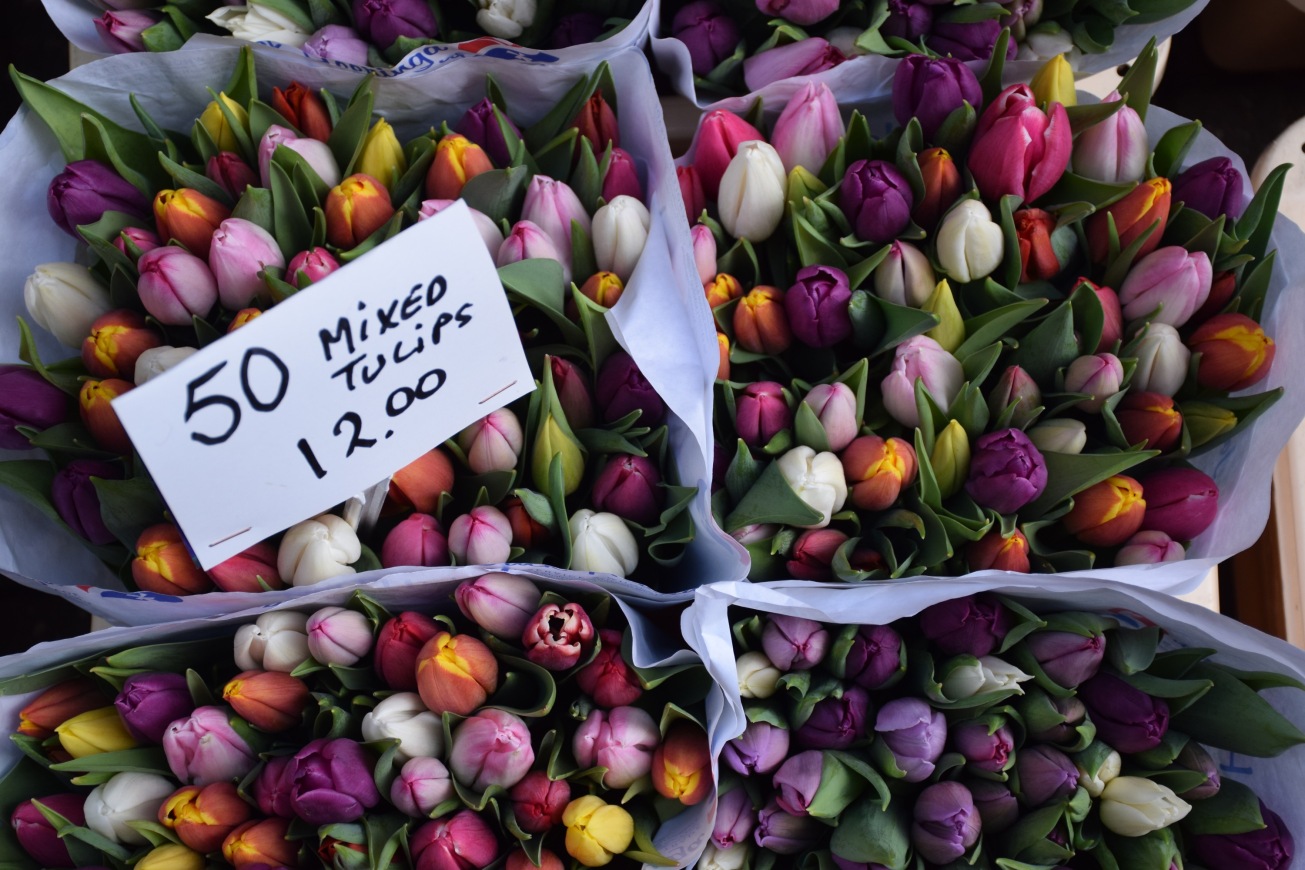 The floating flower market wasn’t quite as charming as the name might suggest – there’s an awful lot of kitschy tourist stuff for sale – but it was still great fun.  Although it is no longer the commercial center for the Amsterdam flower business (that’s now housed in a modern building several blocks away), the floating markets remain open as a nod to tradition. And they still have flowers for sale – bouquets of tulips of every color, masses of bulbs of all descriptions, seeds, perennials and house plants. I’d certainly always be broke if I lived in Amsterdam! 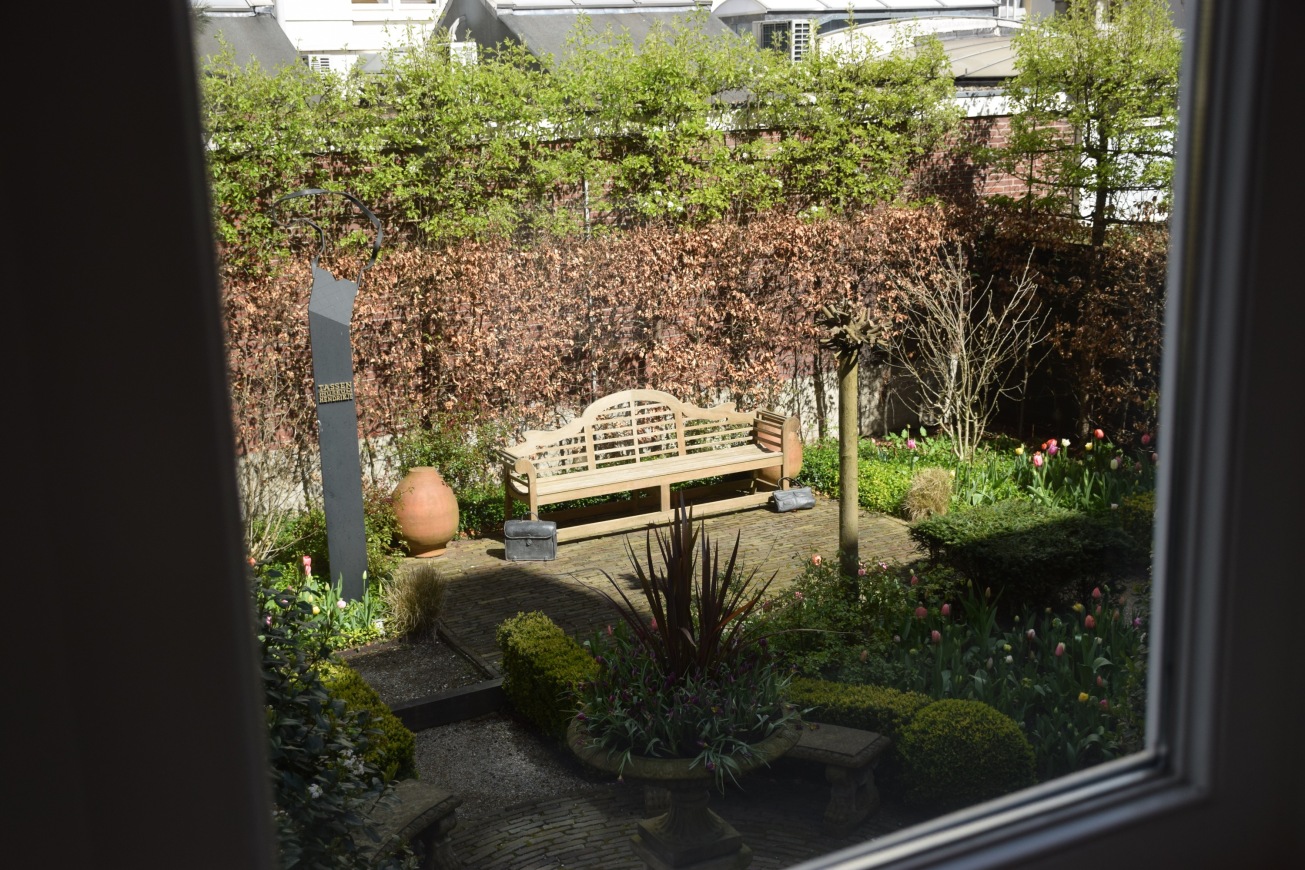 The Museum of Bags and Purses was exactly that – an examination of the evolution of the handbag from ancient to modern times.  As fashions changed and pockets became common, the use and appearance of the purse changed as well, from purely practical to fun and provocative. A charming little museum with beautifully designed displays, this museum also had a lovely little restaurant overlooking a charming courtyard where I enjoyed a delicious lunch. 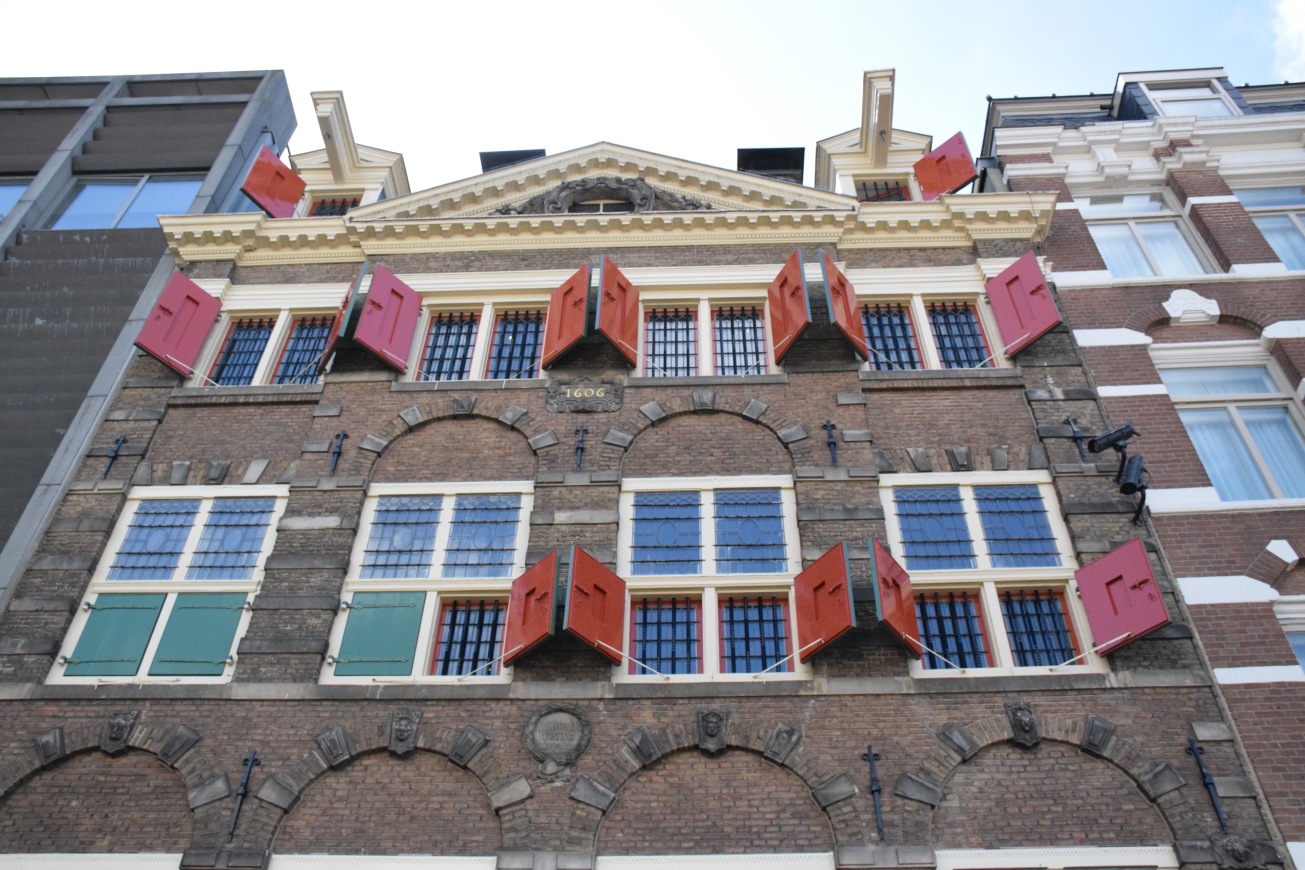 Located in the Jewish Quarter, the Rembrandt House Museum is a fascinating glimpse of life in mid-1600 Amsterdam. When he purchased the house in 1639, Rembrandt was a wealthy man which is reflected in the size and location of the home, but over the next 20 years his fortune and popularity dwindled. Rembrandt converted the two upper stories into art studios, one for himself and one for his students. The north facing windows light the rooms beautifully. Declaring bankruptcy in 1658, the house and contents were sold. It is now being restored, replacing items from Rembrandt’s inventory with period pieces. 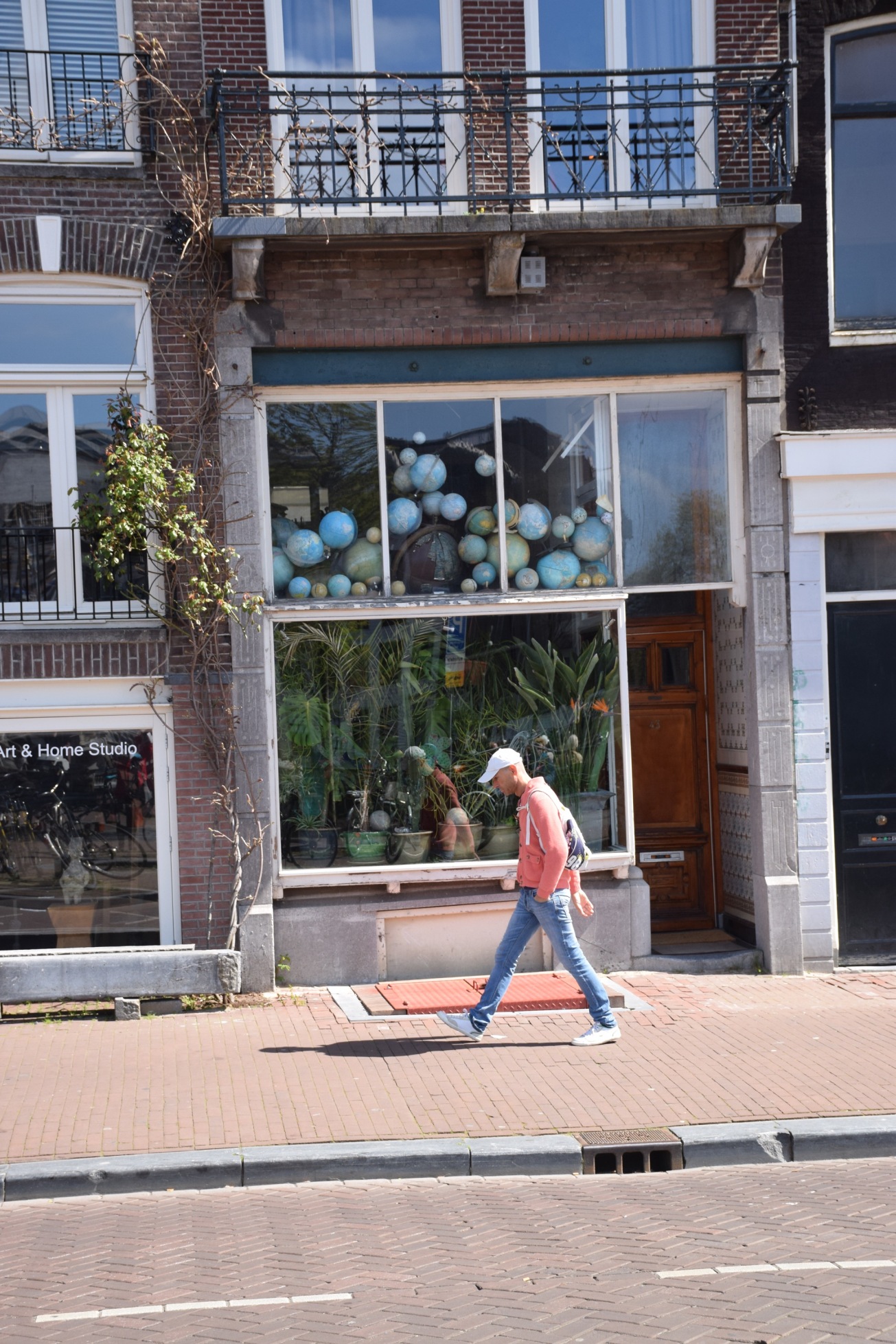 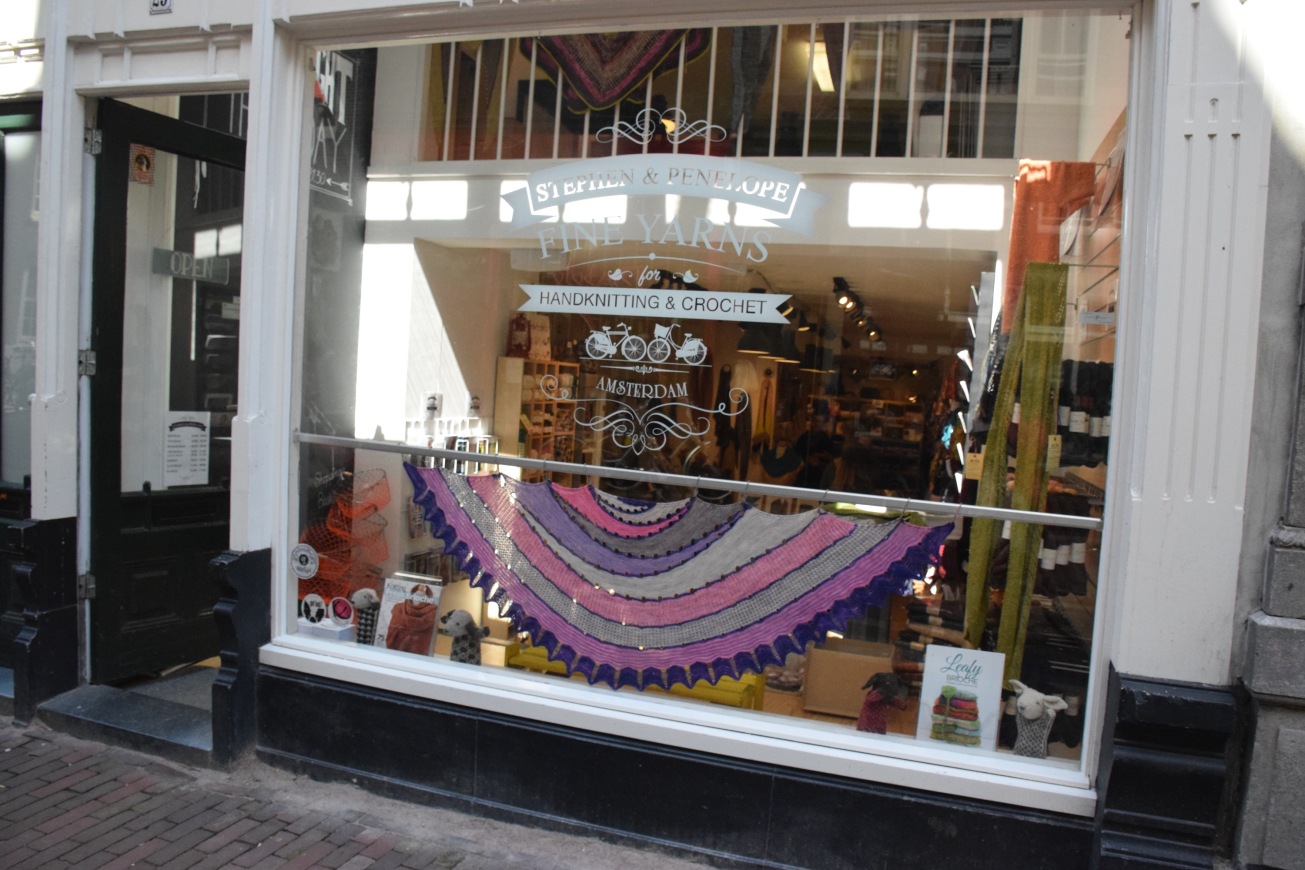 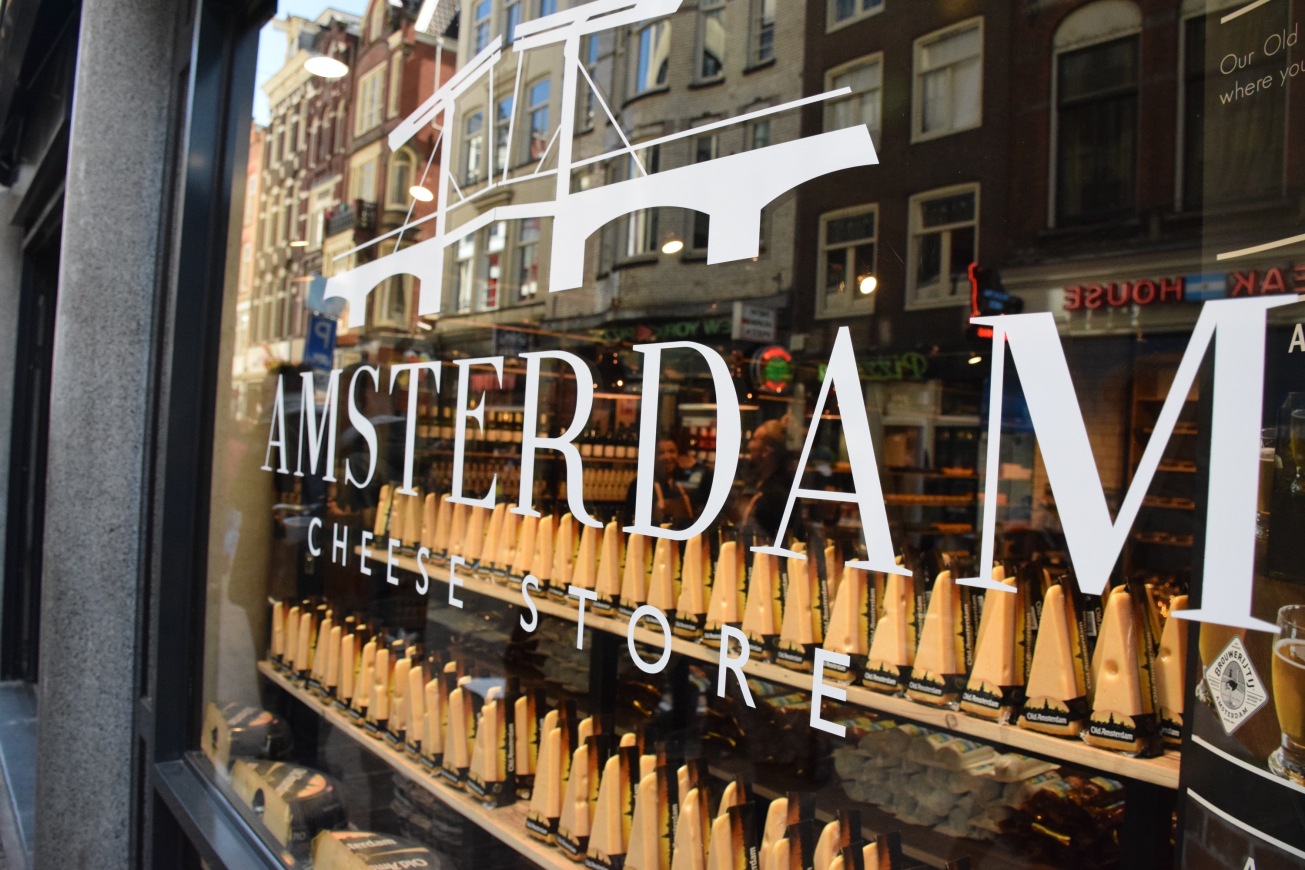 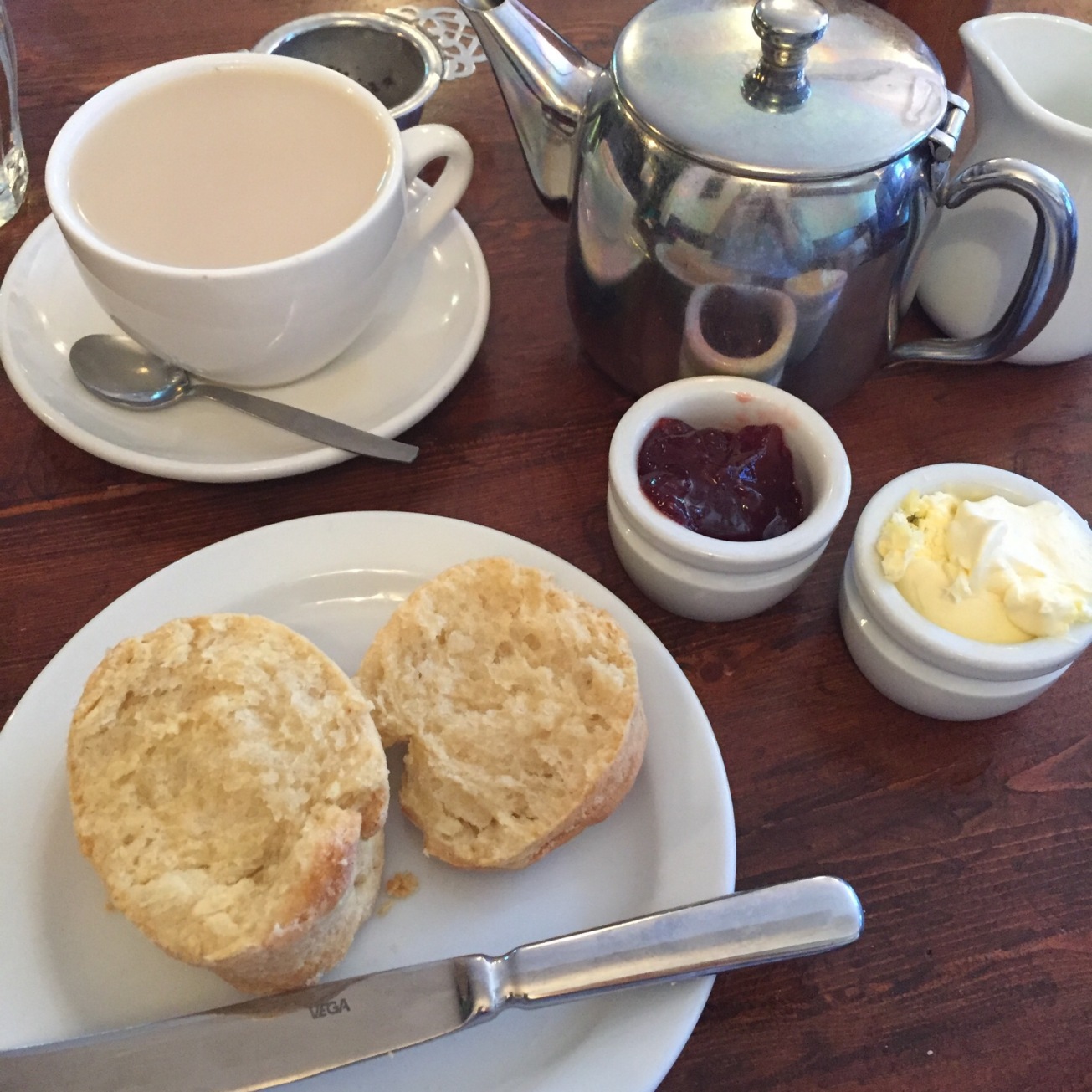 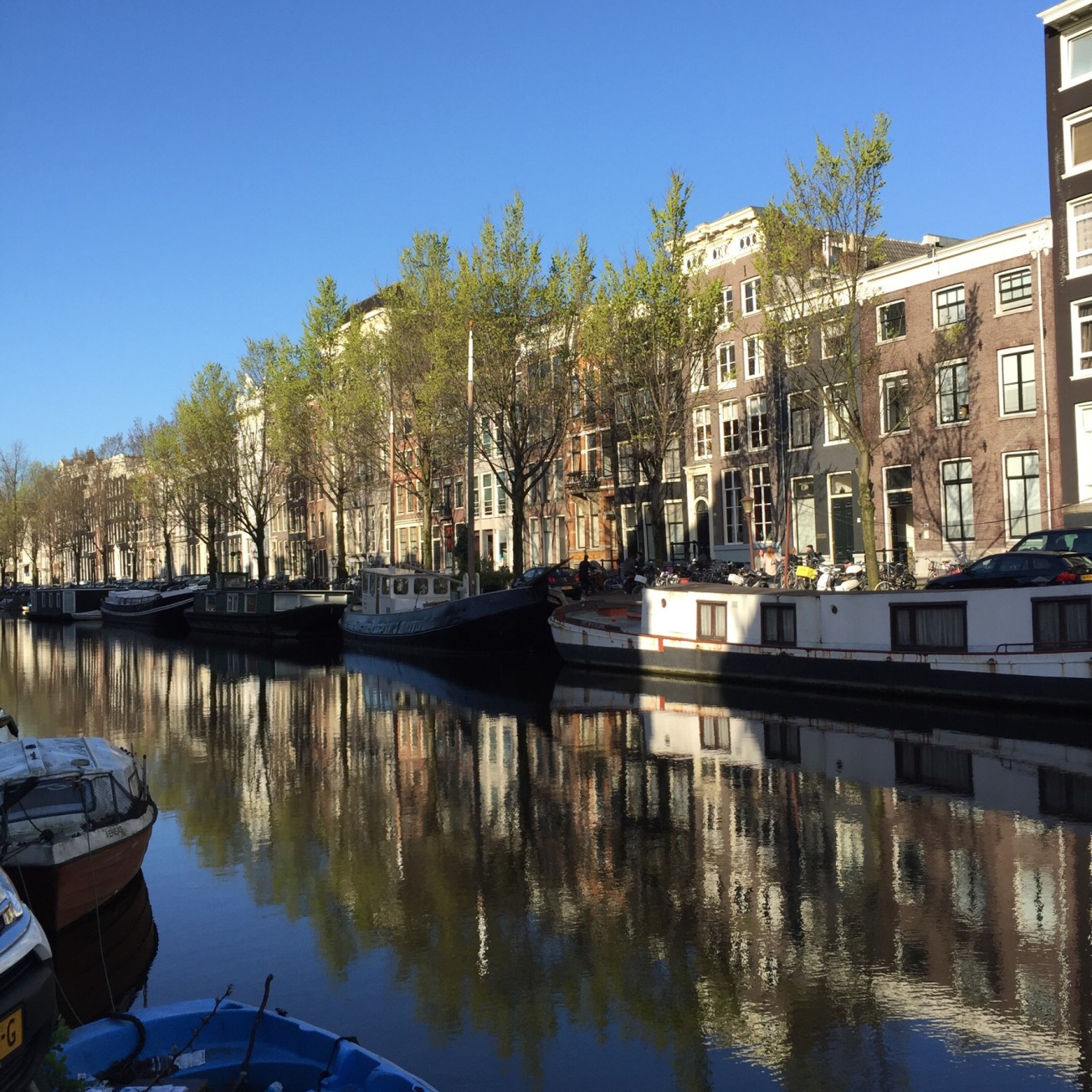 At this point I headed back to the hotel, stopping for a little bit of shopping (having  a carry-on bag only really kept that to the minimum), lots more photo stops and an authentic English tea (heavenly!). Time to pack.